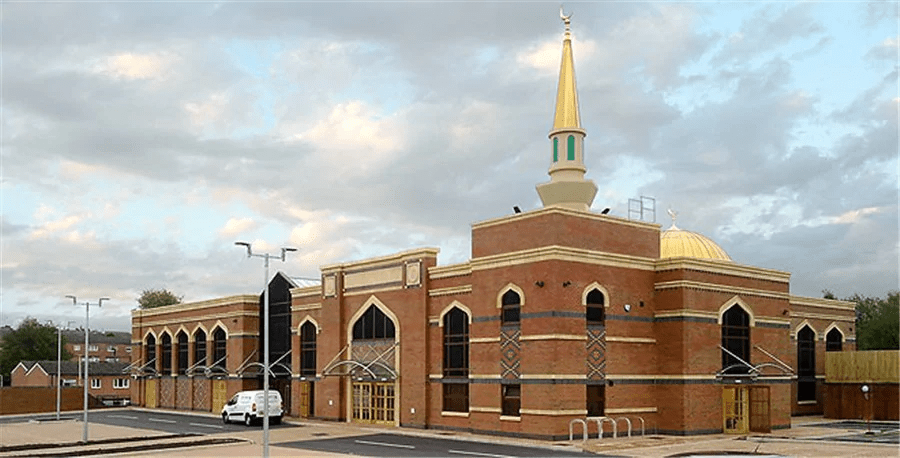 When the construction of a northern bypass for Ashton-under-Lyne, Manchester, meant the compulsory purchase and demolition of the town’s longest-established mosque, a brand new facility was constructed in its place. Built in less than a year, Yamaha amplifiers and digital networking are a central feature of its audio specification.
Ashton Central Mosque (formerly the Markazi Jamia Mosque), was located in a converted school building and, with the site required for the new bypass, a site for a replacement was identified a few hundred metres away. The foundation stone was laid in October 2010 and, less than a year later, a brand new mosque and community centre stood on the site, carefully designed to complement the surrounding buildings while incorporating all the essential elements of Islamic architecture.
Divided in two by a large glass atrium, the two-level mosque, large prayer hall, two ancillary prayer halls, a ladies prayer hall and several other rooms occupy one half of the building. The other half comprises a large community hall for cross-community events and a lower ground level with seven classrooms.
Designing and installing the mosque’s audio system was carried out by Blackburn-based Romers Electronics.
“The requirement was for live sound speech reinforcement in the mosque and music and speech in the community centre,” says Romers’ Sid Makinson. “The main challenge was budgetary but, more importantly, the routing had to be spot on. Under no circumstances could music from the community centre be sent to the mosque. In addition, the input routing for the mics had to be flexible and assigned quickly and easily.”
Providing the necessary standards of audio quality within the available budget made Yamaha XP2500 and XP3500 amplifiers the ideal choice, while the all-important audio routing is managed by a Yamaha DME24N digital mixing engine with two CP4SF and one ICP1 control panels.
“Using the DME24N allows the routing to be comprehensively achieved and locally controlled,” says Sid. “The programmed presets mean that music cannot accidentally be routed to the mosque, while a wide range of complex routing can be achieved and instantly changed by the mosque’s staff, thanks to the intuitive control panels.
“The DME’s range of powerful DSP functions also mean that all delays and processing are carried out within the system, with no need for extra equipment.”
With the new mosque now welcoming worshippers from across a wide area of the north west, the audio system is doing exactly what such a system should do – reinforcing sound so transparently that there isn’t any distraction from the building’s purpose.
“The client is very happy with the system and the support from Yamaha was very good, as always,” Sid concludes.